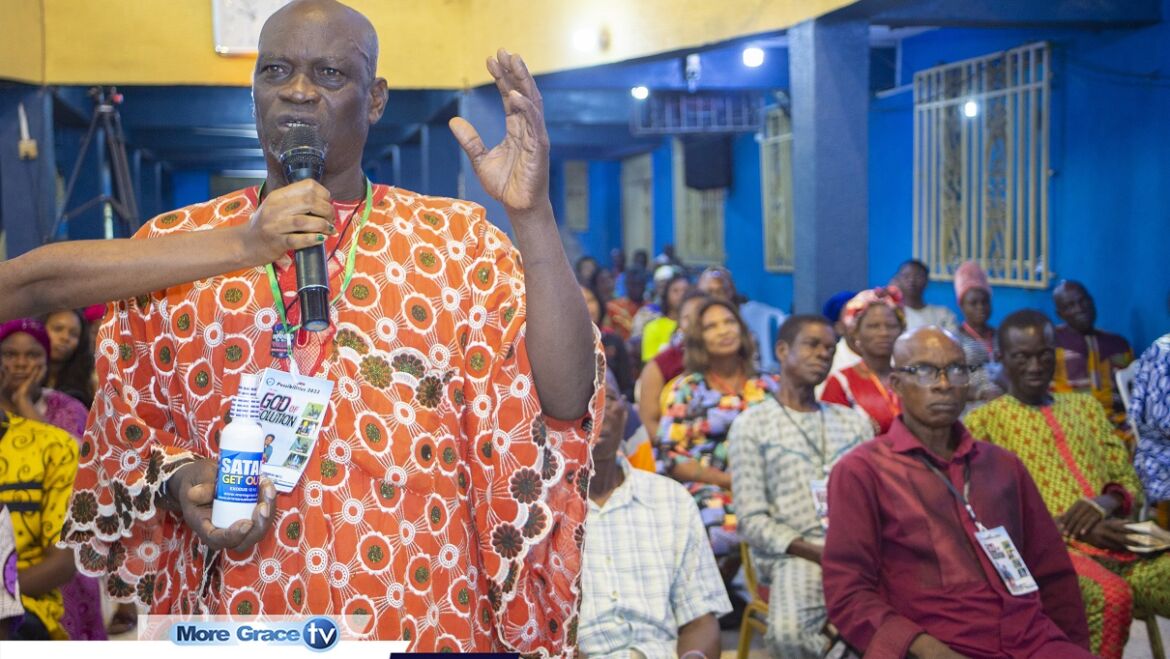 Posted by Divine Grace of Glory Church in Testimonies Views 45

More Grace everybody. I am here to testify to the Glory of God upon my life and family.
Before joining this ministry i came in tears and my tears are gradually wiping away.

After our last program, MY FATHERS HOUSE the man of God said some of us will have a dream. I had a dream and i came during one of the services to narrate my dream. In the dream i saw my self in the village in my house and i saw two people carrying frame of window to me. I ask who has the window they said is for me and i ask where they pulled it from they said its from my house . I asked them when did they pulled the widow they said i was not aware when they did it. I looked round the house to see where the window was pulled off but i did not see the place. I told them to fix it before they leave they said they will. I told them that i was going to my place of work to take excuse that i won’t be coming on time. Then i was asking who will i leave there to supervise them. A woman appeared and said i should go that they will fix it. As i was about leaving i woke up.

After one of the service, during the program, i went home and my daughter who leaves in Sweden gave me a call. My daughter was having issues with the white man she had one child with. She said they have gotten married and that they are settled.
Secondly, i do bring my children’s pictures to church and place them in the altar to pray for them. I also prayed for them with the similitude SATAN GET OUT. My other daughter who lives in Sweden that was pregnant called me on the 24th of December and told me that she has put to birth twin babies. Thank you Jesus.